As so deservingly noted, Glenna and Lawrence Shapiro were philanthropists, patrons of the cultural arts, founders and contributors to great humanitarian causes.  Lawrence was a noted medical doctor; Glenna a remarkable educator.  Both were accomplished organizational executives and each was loved and admired by a large community of employees, co-workers, fellow patrons, church members, neighbors, and life-long friends.  To her four siblings however, Glenna was additionally our beautifully wise, tenderly caring, loving mentor and sister.  Larry was our gently humorous, profoundly thought stimulating, personally attentive medical care-giver, brother-in-law and treasured friend.
For the last 10 or so years, Glenna and Larry have gracefully fallen into the role of matriarch and patriarch to a large, supportive extended family now numbering 76+ members.  This family, for many years gathered each summer for a California beach reunion, and every November for an Arizona Thanksgiving.  The Thanksgiving reunions continue as extended family across the United States and internationally gather in person or in their hearts to share gratitude for among many things, their strong family bond.  No one is estranged.  No one is excluded.  The joys and accomplishments of one are celebrated by all.  Sorrows and disappointments are shared concerns.  Glenna and Larry made it a priority to open and welcome family into their Paradise Valley home and to their more recently acquired home in Salt Lake as well.  Their very personalities uplifted our spirits.  They were fun loving, adventurous, always interested, and had a gift for making each family member –including nieces, nephews, spouses, children – as though they were the most important individual in their presence. Among all their highly recognized roles and positions, none was more important or filled with more loving devotion by this beautiful couple than their esteemed place among family.
In a world where many have forgotten …the extraordinary significance of marriage and family was not lost to Glenna and Larry.  It is impossible to begin to suggest how greatly their loss is felt by the family they loved.   One thing is quite certain however, we will go forward in loving devoted support to one another, encouraging each to benefit from the amazing example of loving service Glenna and Larry have  set, and striving to fortify our hope and faith that we will one day be forever reunited with the family we love. 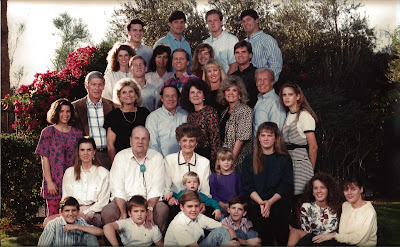 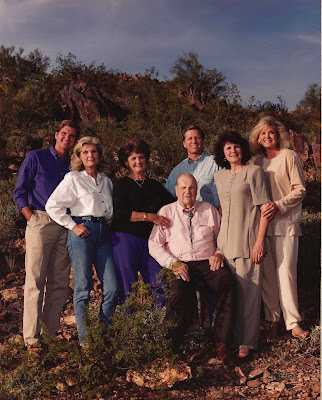 Posted by Anneliese at 1:45 PM No comments: 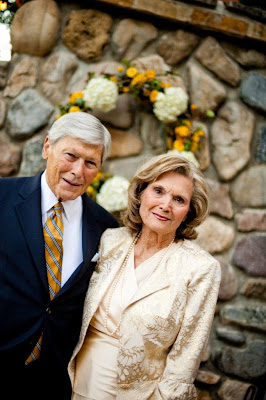 We were touched by the memorial service today and appreciate all of those who were in attendance. We are especially grateful to those who contributed words and music and would like to thank the Phoenix Symphony and Arizona Opera Company for donating their performances. The service was a wonderful tribute and helped to lift our spirits during this very difficult time.
Posted by Anneliese at 3:00 PM No comments: 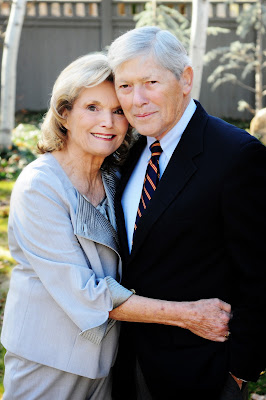 Dr. and Mrs. Lawrence J. Shapiro died Monday, Jan. 30, 2012, at their home in Paradise Valley, Arizona. Active and vital throughout 51 years of marriage, Glenna and Lawrence raised three children in the Phoenix area. They shared a passion for helping others, each serving in numerous charitable and nonprofit organizations and giving generously of their time and resources to improve the quality of life for all in their community.

Lawrence JayShapiro, M.D., was born March 11, 1932, in New York City. The middle of three children, his family moved to Phoenix after the death of his older sister.  He also graduated from North High School. Lawrence earned his Bachelor of Science degree in 1953 at Stanford University, and graduated from the University of Colorado School of Medicine. He completed fellowships in pediatrics and gastroenterology with the Universities of Illinois, Colorado and California (Los Angeles).

Glenna was an active member of The Church of Jesus Christ of Latter-Day Saints, serving as a Sunday School instructor, teacher and leader.  In addition to her service to her family and church, she volunteered with numerous organizations.  She served on the Women’s Board of the Barrow’s Neurological Institute, the Maricopa County Medical Society Auxiliary, and the Advisory Board for the American Red Cross.  She co-founded the Women’s Board of the Arizona Kidney Foundation, worked with the Boy Scouts of America, the Kivel Nursing Home, and Phoenix Social Services and gave financial support to multiple charitable organizations that serve those in need. In recognition of her long-term contributions and commitment to her community she was honored by the Phoenix Advertising Club as the Woman of the Year in 1983.

She served as Executive Director of the Arizona Kidney Foundation (now the National Kidney Foundation) from 1987 to 2006.  During her tenure she increased organ donor awareness and improved access to medicines, dialysis, and transplantation for thousands of Arizonans suffering from kidney disease.

Glenna’s volunteer and professional passion for helping those in need was paralleled by Lawrence’s career in medicine.  He was beloved by his patients for his caring and attentive manner, knowledge, and sense of humor. Lawrence was committed to improving the accessibility and quality of medical care. He distinguished himself within the Arizona medical community as a leader in Medicare quality improvement. He founded Health Services Advisory Group (HSAG), a non-profit organization devoted to improving medical service delivery through expert peer review and was its Chairman of the Board.

Lawrence served on the boards of Blue Shield Arizona, the Arizona Medical Association, St. Joseph’s Hospital, the American Medical Peer Review Association, the American Health Quality Association, and the Leadership Task Force.  He served as president of the Maricopa Foundation for Medical Care. In 1972 and 1978, Lawrence was awarded Distinguished Service medals for community service by the Maricopa County Medical Society. He received the 2004 Laureate Award from the Arizona Chapter of the American College of Physicians, which recognizes recipients who uphold “the high ideals and professional standards for which the college is known.”

His knowledge extended beyond medicine.  Together with his father and brother he assisted in the rebuilding of downtown Phoenix by developing the Hyatt Regency Hotel. He served for many years as a director of Thunderbird Bank (now M&I Bank).

Believing that fine and performing arts greatly enrich the community, the couple supported the Phoenix Symphony, Arizona Opera, and Phoenix Art Museum. Glenna served for many years on the Phoenix Symphony Guild and last season led the Opera Ball committee. Lawrence was a founding member and president of Physicians for the Phoenix Symphony. They were excited about a lead gift they recently gave to help fund the new opera home next year.

In 2010 they established the Glenna & Lawrence Shapiro Family Foundation, a non-profit Foundation supporting the health, welfare, environmental, and cultural organizations they loved.

Glenna and Larry enjoyed cooking, eating, gardening, reading, playing tennis, traveling, hosting friends, celebrating birthdays and holidays, and spending time with family. At long last in their 70’s they FINALLY became grandparents.  Nana and Boppa received immense joy from their grandchildren with whom they shared their sense of fun and love of life.

A memorial service will be held Tuesday, Feb. 7, 2012, at 1 p.m. at the Orpheum Theater, 203 West Adams Street, Phoenix. In lieu of flowers, the family requests donations to the Glenna & Lawrence Shapiro Family Foundation, 2201 East Camelback Road Suite 227B, Phoenix, AZ 85016. 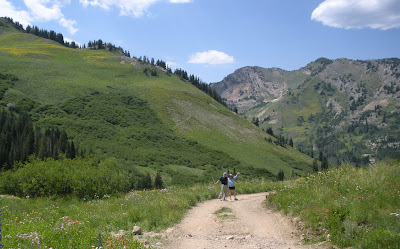 Posted by Anneliese at 2:38 PM No comments: 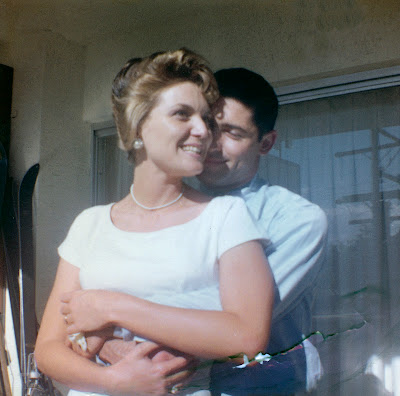 A memorial service for Glenna and Lawrence Shapiro will be held Tuesday, Feb. 7, 2012, at 1 p.m. at the Orpheum Theater, 203 West Adams Street, Phoenix.

In lieu of flowers, the family requests donations to the  Glenna and LawrenceShapiro Family Foundation, 2201 East Camelback Road Suite 227B, Phoenix, AZ 85016. 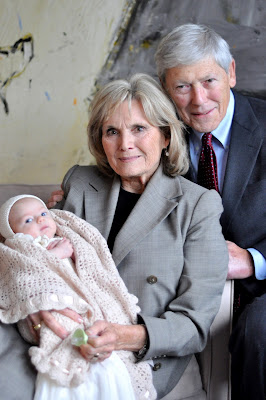 Glenna and Lawrence had to wait longer than most to become grandparents, but nothing brought them more joy than their four grandchildren. 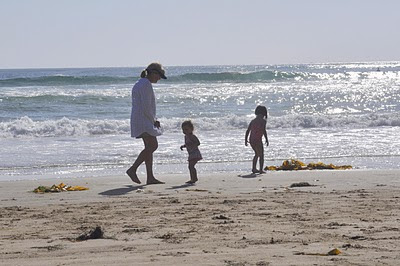 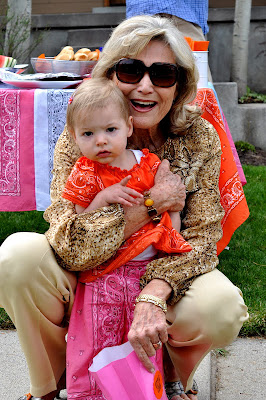 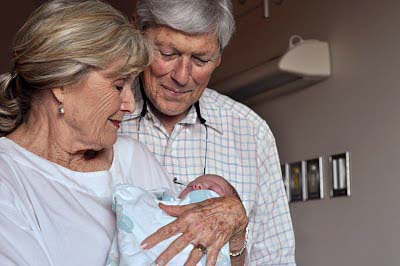 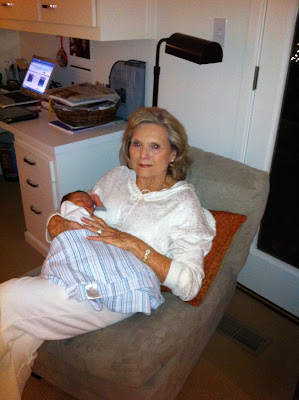 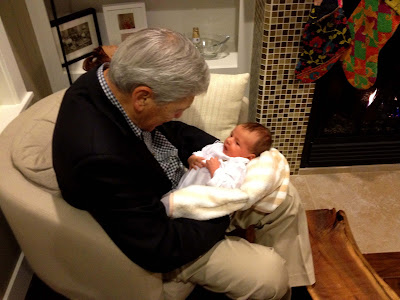 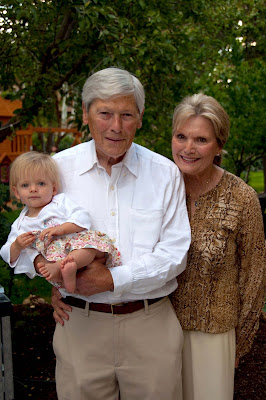 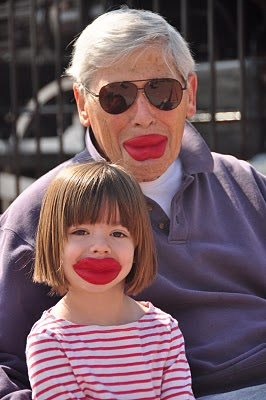 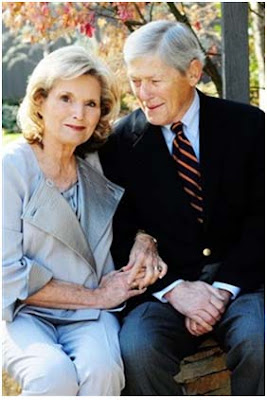 In keeping with their commitment to charitable causes, Glenna and Lawrence in 2010 established a family foundation to support those organizations they loved.

In lieu of flowers, the family requests and donations be contributed to this foundation. Donations may be made to:

The Glenna and Lawrence Shapiro Family Foundation is a 501(C)(3) non-profit organization. 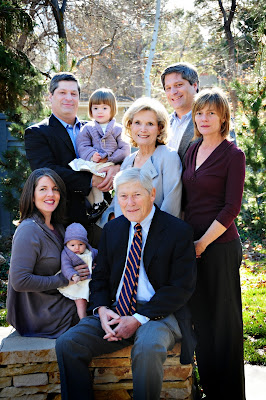